Perfectionism is typically motivated by a desire for greatness, yet it can backfire. There are three significant blunders that perfectionists frequently make.

First, they are frequently unable to delegate or identify any choice as unimportant, preventing them from acting quickly or delegating.

Second, they believe they have a moral obligation to overdeliver.

Third, they stick to practices that may no longer be beneficial to them. The first step toward solving these issues is to become aware of them. Perfectionists can also construct heuristics such as “if I have thought about this decision three times, I will make a call and get on with it,” determining which areas to overdeliver and which to meet expectations, and periodically assessing promises to ensure they are still helpful.

Getting more done isn’t the goal of productivity. It’s all about what you accomplish. Perfectionism has three features that might make it challenging to prioritize the most critical activities.

There’s a case to be made that you should either make a quick decision or outsource the decision for minor judgments.

Perfectionists, on the other hand, have a hard difficulty labeling decision as insignificant. They enjoy being in charge of everything. Why? Because flaws upset them more than flaws affect other individuals. When anything goes wrong, perfectionists may experience extreme frustration or a nagging sensation of dissatisfaction that’s difficult to ignore, and they don’t want to risk it.

Perfectionists are sometimes so used to micromanaging that it never occurs to them that any decision is insignificant. They’re entirely oblivious to it. They instinctively and consistently label everything as deserving of their complete attention.

What to do if you’re having trouble making a decision:

Decision fatigue is common in today’s world. If perfectionists pay attention to how good it feels to be relieved of the decision-making load, they might learn to embrace giving up control over some choices. Try employing heuristics to make rapid judgments or delegate to get considerably faster and generally excellent decisions, but not flawless ones. For example, one of my heuristics is that if I’ve thought about doing something three times, I’ll go ahead and do it.

You feel compelled to go above and above.

The concept that you must always exceed expectations in any scenario may take various forms.

Let’s imagine someone gives you $1,000 in exchange for a service. If you’re a perfectionist, $1,000 worth of value might not be enough. You may believe that you must provide what they would charge $1,500 for to exceed your competition. “If I don’t overdeliver, I’m underdelivering,” you reason.

Alternatively, if you believe that 24 hours is a reasonable timetable for responding to a colleague’s email, you may establish your deadline at six hours. But, again, the crucial issue is that you feel that generally acceptable does not apply to you and requires a different criterion.

This line of thought might arise from a need for an excessive cushion; for example, you may believe that “if I aspire to offer 1.5X or 2X value for all of the services I provide, I’ll never under-deliver.” It can also be fueled by worry, insecurity, or impostor syndrome; for example, you believe that exceeding expectations is the only way to keep others from being disappointed or displeased with you. Perfectionists also fear that failing to overdeliver would have disastrous implications; for example, they worry that if they wait a day to respond to an email request, even if it’s a non-urgent issue and they’re OK with everything, else, a customer may refuse to work with them.

What to do when you feel morally obligated to overcommit:

If you identify these mental patterns, make a strategy for how you’ll adjust your trajectory. First, recognize how much it costs you to strive for outperformance at all times. What else do you lack the time, energy, focus, and motivation to perform? Perhaps it’s your health, your long-term objectives, or your family. If you think the costs will be considerable, make a rule of thumb for when you’ll overdeliver. For example, you could opt to do so in three out of 10 occasions where you feel compelled, but not in the other seven.

When you aren’t 100 percent consistent with excellent behaviors, you become irritated.

Flexibility is a sign of psychological well-being. For example, when you’re ill or have just gotten off a late trip, you need to be able to take a day off from the gym, even if it means breaking a streak. You should also be able to let go of behaviors that were previously beneficial to your productivity or skill development but that you no longer need. For example, perhaps you promised yourself as a new blogger that you would always publish three times a week, but now you’re burned out, or you promised yourself as a new real estate investor that you would always attend a monthly meetup, but now you’re getting little out of it.

When one deviates from an entrenched habit or pattern of conduct, the more disciplined behavior might appear to be the less disciplined one (taking a break). Perfectionists may be held back by traditional self-discipline when it becomes an obsession.

What to do when you take on more than you can handle:

Have a system in place to ensure that you’re not merely following a habit because you’re worshiping at the shrine of self-control. For example, if you haven’t missed a workout in two years (or any other habit), there were probably days when it wasn’t the best use of your time. Review the opportunity cost of any activities or practices you are committed to regularly to ensure they are still the optimal use of your physical and mental resources.

Perfectionism is generally motivated by a desire for perfection. Still, it may backfire if it leads to suboptimal behavior such as continuing behaviors that are no longer effective, overdelivering when you don’t have to, or overthinking every decision you make. 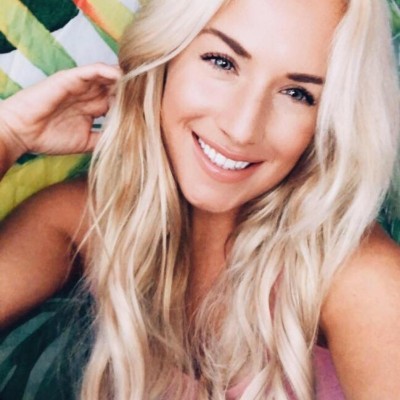